Letter from the Antipodes 9 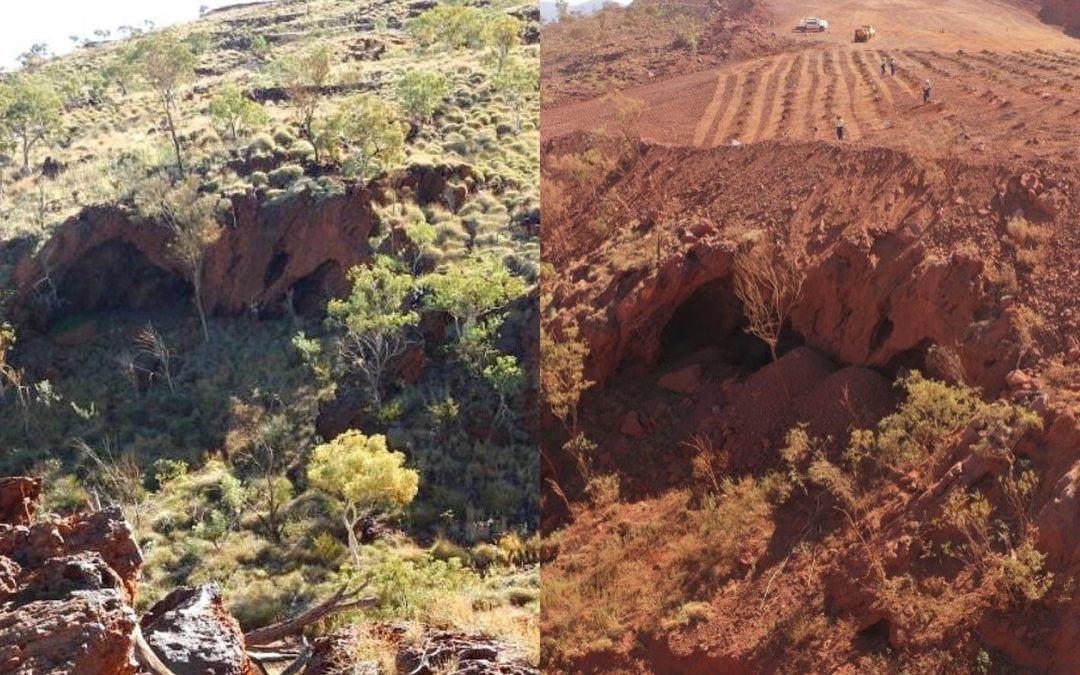 How can a Scotsman in 1873 connect to South Western Spain then over 100 years later be responsible for the destruction of 43,000-year-old sacred Aboriginal caves? This is easy when you consider imperialism and its greed to sell the natural world for profits.

Although Rio Tinto was originally a Spanish, not Catalan, company its history is linked shamefully to my birth country, Scotland, and my home country Australia. Rio Tinto from the South West of Spain was a copper mining company and made reasonable profits. It commercialised the industry after 5000 years of copper mining in the Huelva area and the area is still red from the damage to the environment. [i]

In 1873 an aristocratic English-Scotsman, Hugh Matheson also a founder of the infant Spanish football movement[ii], bought Rio Tinto on behalf of a syndicate. As it was   a bit short of money, the Spanish government permanently relinquished all royalties gained from its copper resources. A trade deal to be certain.

In the 1880s Matheson sold out to the super-wealthy Rothschild family, and soon-to-be richest family in world history[iii] The Rothschilds had no scruples in their drive to make money and soon turned Rio Tinto into Spain’s largest and most profitable copper mining company. As the British Empire and the newly emerging U.S. Empires became interested in exploiting land for profits, Franco intervened. He severely limited how much of ‘Spanish’ resources could go to foreigners.

Rio Tinto had a problem. Its lucrative source of copper was now largely unavailable. In 1962 the Rothschilds, Rio Tinto, found a perfect solution. Australia. Terra Nullius (even in 1962 white governments and people generally regarded Aboriginal people as non-people).

In 1962 Rio Tinto merged with Australia’s Consolidated Zinc mining company. Bang! Riot Tinto had struck gold (or zinc, copper, iron-ore, and anything else to be mined). This was a big stake in a country that had no scruples about mining everything in its land and ignoring the people who lived there. Fast forward to 2020. Western Australia’s beautiful and for Aboriginal people, sacred, Pilbara region. An area promoted for tourism [iv]

Rio Tinto’s train drivers, taking trains loaded with resources from holes in the ground, are the highest paid train drivers in the world. In 2020 Rio Tinto, despite warnings, negotiations, and protests, detonated 43,000-year-old Aboriginal caves, to expand their mining activities.

After the company ‘apologised for any damage it had caused and reported they would be ‘more careful’ next time[v] This is non-Aboriginal Australia. The Australian government is destroying this ancient and amazing land, and its first people.

Rio Tinto, destroyer of ancient culture, founded by an imperialist English Scotsman out of a cash-strapped Spanish imperialist government.