Letter from the antipodes 1 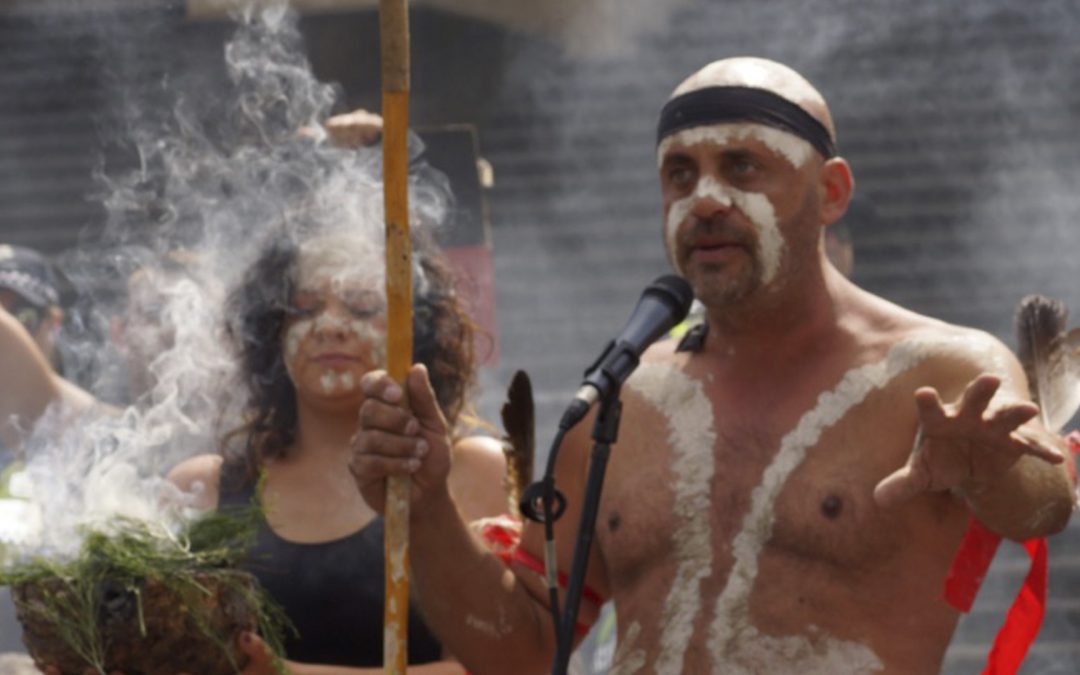 What do you think of when you think of ‘Australia’? Before Coronavirus, did you ever think you would like to visit this great southern land? Most of my students in English classes in Barcelona certainly wanted to visit ‘Oz’. It had allure. It was exotic.

Australia is a wonderful place to live asseen by the incredibly multicultural population and the fact that so many people from around the world choose to make Australia their home. From war-torn countries to free migrants, this is a ‘lucky country’[i]for many.

But white Australia has a black, and dirty, history. And for black Australians, their own country has not been lucky for the last 232 years.

For over 80,000 years Aboriginal people lived peacefully and healthily in every part of this huge land. They are the world’s longest continuous culture. They spoke over 500 different languages and had a strong culture passed through generations through storytelling and painting. Women taught girls and men taught boys. Both genders held strong positions in their culture.

In 1788 a British explorer, James Cook, arrived. His own records show he knew Aboriginal people existed but ignoring them, declared the land ‘terra nullius’ and British.

Initially, convicts were banished here by the English legal system. Poor people from the Shoreditch area of London, charged with stealing a loaf of bread or a piece of fabric were sent, ‘for the term of their natural life’ [ii] – never to return home. Australia became a penal colony. It was also to become a ‘penal colony’ for the original occupants.

For the next 232 years, Aboriginal Australians were decimated. However, despite successive government policies to eradicate them, Aboriginal people have shown resilience have survived. [iii][iv]

Successive governments have created policies to stop Aboriginal Australians from having (Aboriginal) children. To be honest, government policies have been a form of cultural genocide and it continues in 2020. The United Nations has condemned the Australian government for its treatment of Aboriginal people and disregard for human rights[v].

It’s an 80,000 year long and since 1788, complex story but the basic thing to understand is that, in 2020, Aboriginal Australians are the most disadvantaged group in their own country. And possibly the world.

This article is the first in a series about Aboriginal Australia. Take the messages and share them to show the world what really happens in Australia, ‘The lucky country’. Is not so lucky for everyone.

It is Australia’s dark shame.

[ii] Marcus Clarke, 1874 For the Term of his Natural Life, Melbourne.