Letter from the Antipodes 11 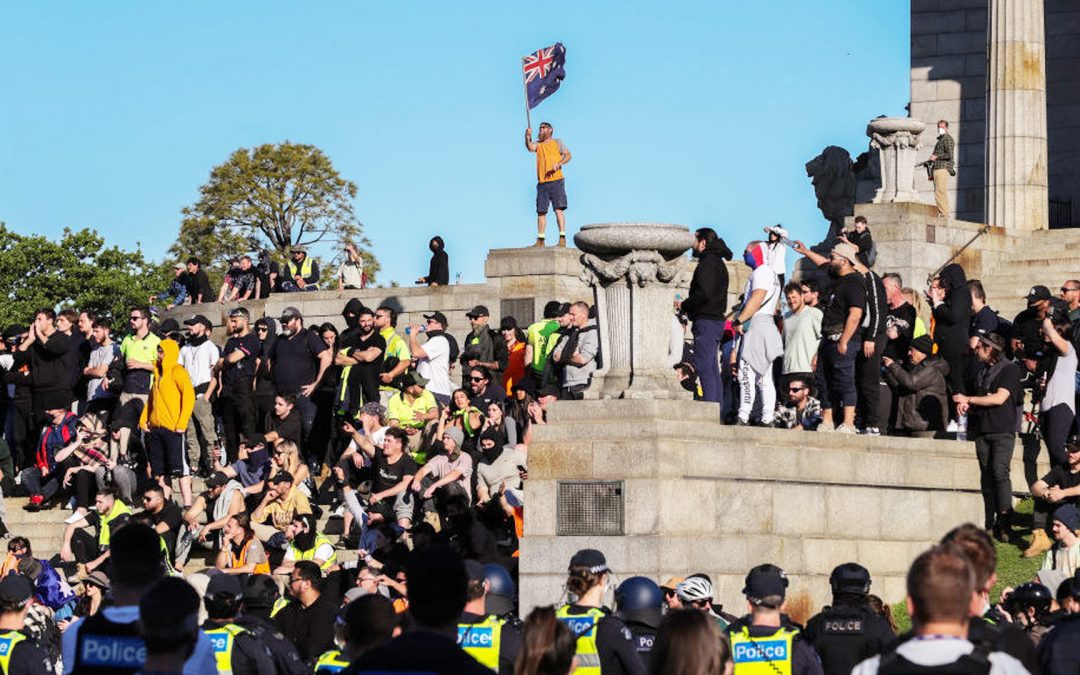 Barcelona. October 10th 2017. I stood in the crowd at the Arc de Triomf and heard the then President, Carles Puigdemont NOT declare independence after an overwhelming majority YES vote. For a moment, the silence following his misleading words was audible when people realised what he had actually said. Then of course came the anger.

Nine days before I saw the police presence and aggression although not as much as many Catalans. I had never seen such police aggression first hand.  It reminded me how fortunate I was to live in a ‘free’ and ‘safe’ country (unless you are an Aboriginal Australian) where protests were peaceful and the police were mostly onlookers not displaying behaviour like the  the Policia Nacional, on October 2017. (However, Aboriginal Australians experience police harassment and violence continuously).

Like most countries Australia’s external, and internal state, borders were closed. Unlike many countries Australia’s borders are still closed and recently approximately half of the Australian population has been in varying degrees of Covid-19 lockdown. In Melbourne, most people feel as if they have been in one continuous lockdown. There are restrictions of 10 kms and a nightly curfew from 21.00 to 05.00.

Restaurants and cafes are open only for takeaway or delivery; schools have been closed for so long; sport has not happened for months and stadiums lie desolate, and gyms, swimming pools, theatres and cinemas have been closed for most of 2020 and 2021. Like people the world over, many people have lost loved ones, jobs or homes, and most Melburnians and Victorians are fatigued from it all but the majority make the best of it and look forward to better times.

The Australian government’s vaccination program delivery has been chaotic and very badly organised; the Prime Minister keeps a low profile only reappearing when his election chances may be affected by his poor decisions and lack of leadership.

Last week Melburnians and some regional Victorians were told we would remain in lockdown until the end of October. The construction sector was told vaccinations would become mandatory because that industry had shown the worst compliance with health orders such as facemasks, social distancing and vaccinations. As most workers travelled up to 20kms+ between home to work they were found to be the source of new large virus outbreaks. Many construction sites had been COVID compliant but many more had not. Several construction sites have had hundreds of positive COVID cases.

The industry consists mainly of highly paid young men and they have been fortunate to have worked throughout the pandemic while the majority of other workers have had to work from home or became unemployed. On being told they were now mandated to be vaccinated, there have been violent demonstrations.  The organisers claim to be construction workers but this has been disputed and it is not clear who organised it.

Their intoxicated behaviour on Monday was violent as they attacked their union headquarters and police. Their behaviour on Tuesday was more violent and more intoxicated as thousands of them rampaged around the city, terrifying members of the public, and attacking transport drivers and vaccination nurses, and the police again.

I sat in my tram driver’s cabin, lined up with many other trams, as they swarmed through the city, spitting and kicking trams, and brought transport to a stop. I felt sad. Not for them but for my city. This is not Melbourne. Melbourne has been home to demonstrations over decades all for the common good such as refugees, Aboriginal justice and so on.

On Wednesday, they took their demonstration to Melbourne’s war memorial, The Shrine of Remembrance. This was considered sacrilege by many in the community.

Few Melburnians or other Australians condone them. Most totally condemn it. The protesters claim their freedom and individual rights are being breached by being told they must be vaccinated. Their childish behaviour has not earned them support.  They appear to have forgotten a basic lesson from their schooldays. People have rights, but rights come with responsibilities. In this case, a responsibility to try not to spread COVID or infringe others’ safety and freedom through their protest.

It brought back visions of Catalonia during late September and October 2017 yet how different could the two situations be?

This not Catalonia and we ARE a free people (except if you are Aboriginal, the wrong ethnicity or colour) and we CAN speak out against the state, the police and we CAN demonstrate about anything. And we do…freely. It is that perception of freedom that has been bringing migrants, refugees and asylum seekers here for decades. When Australia became a federation in 1901 one in four people were born overseas. That trend has continued. But perhaps it is that very sense of ‘freedom’ that motivated these young men, or ‘thugs’, to take to the Melbourne streets intimidating and violating other people’s freedom.

Freedom is a precious commodity, not truly appreciated when people are free. The mob of protestors were overwhelmingly young white men, wearing new shiny fluoro jackets. Not refugees or people who have fled true restriction of freedom, nor people trying to be free from oppressive regimes.

You say Visca Catalunya Lluire; the Australian national anthem which is incredibly racist, proclaims…’We are young and free…’. 1 2 3.

Nothing fair or free about the shameful scenes on Melbourne’s streets last week.